Mtibwa Sugar eliminated Djibouti’s Northern Dynamo 5-1 on aggregate in the preliminary round to set up date with the Stanbic Uganda Cup holders.

KCCA FC did not play in the preliminary round after they got a bye into the round thanks to their improved continental performances in the previous two years. 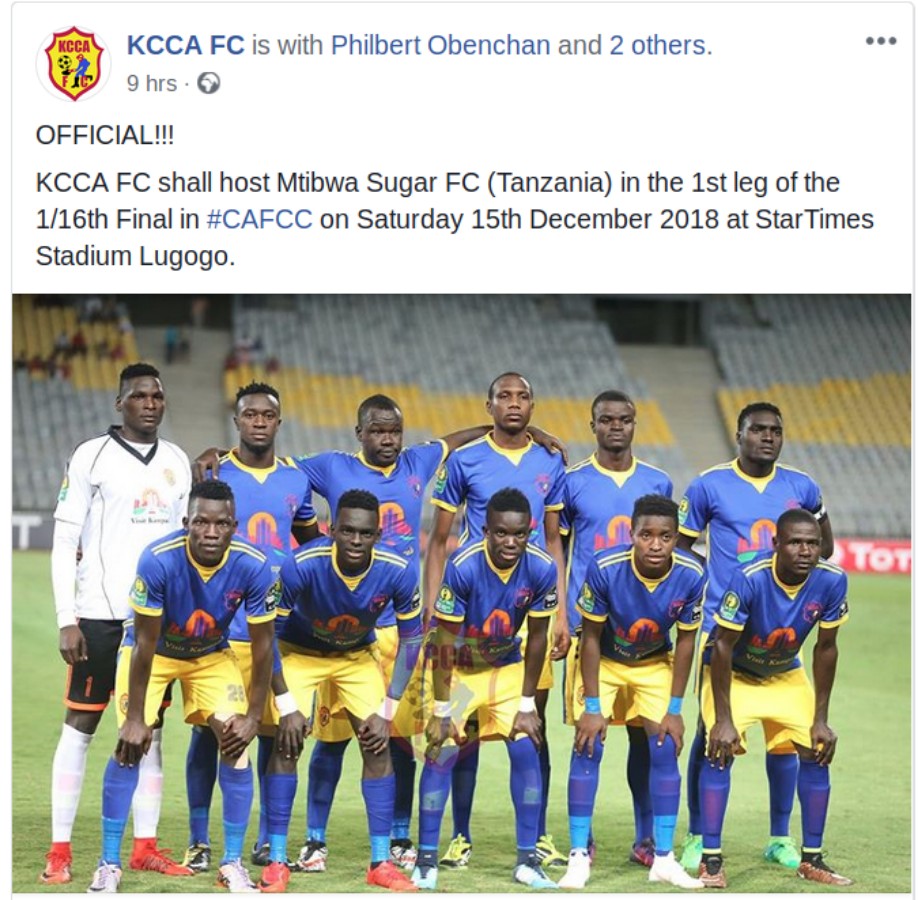 OFFICIAL!!!@KCCAFC shall host @mtibwaofficial in the 1st leg of the 1/16th Final in #CAFCC on Saturday 15th December 2018 at StarTimes Stadium Lugogo.@CAF_Online pic.twitter.com/2m2QuqJe7c

The Kasasiro boys will host the first leg at StarTimes Stadium – Lugogo with the return leg scheduled for a week later in Dar es Salaam.

The aggregate winner will await a draw where they will face one of the sides that will have been eliminated from the Caf Champions League at the first round stage.