Ugandan Boss Lady, Zari Hassan is a woman whose public image keeps haunting her. First it was her ex-husband, Diamond´s archrival, Ali Kiba and now a Kenyan mogul.

In her series of interviews with Millard Ayo, the mother of 5 sought to clarify her relationship with Ali Kiba among couple other issues.

The now South-African citizen by marriage revealed that she actually talked to King Kiba just this year, as her first.

I did speak to Ali Kiba on video while I was in Kenya tulikuwa na Akothee still tukamwambia we have something big coming up and we don´t mind you supporting us. We´re just trying to empower women in one way or another and he was like okay give me the details let me see what I can do. I´ll look at my dates (calendar) then tutaongea. That is the only thing I said to him. 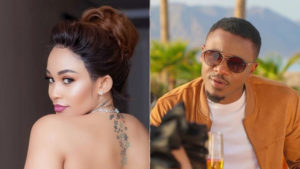 Also speaking in reference to her recent hookup with bongo flava artist, Ommy Dimpoz, she clarifies:

Ommy is like a little brother hata ukikaa naye hivi he´s such a cool sweet person. Mimi nimekuwa karibu na Ommy because nimemkuta na Akothee. He was in Kenya at that time and because we are discussing ile women Conference which is coming on 23rd August, nikamwambia we need also guys. We took photo together and he was so sweet. 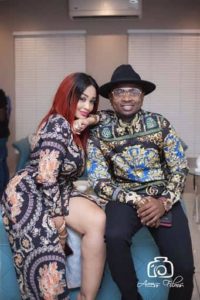 Further on, Zari made a recent visit to Kenya, most possibly to plan ahead of their much anticipated ¨Women´s Conference¨ with Akothee, set for this month.

However, she was instead served with claims of having actually come to meet a ´sponsor´. Apparently, the rumor gang believes she met a city mogul who paid her thousands of shillings to spend a night with her.

During the interview with Millard, Zari cautioned against the rumors that have spread like bush fire articulating:

Additionally, she feels disappointed with individuals who at the slightest chance, tarnish her name for selfish interests.

If I´m seen with a man, I´m dating them. Also, a fake story about me ´confessing my love´ for governor Mike Sonko has been going round. Right now anyone who wants to be relevant they are using my name to trend.

And according to her, she has never met Sonko and does not know him.

I recently learnt that he was Primrose´s hubby. (The woman who invited me for the Purple concert in Kenya, last year). All those rumors are not true.