In a candid interview with Ayo TV owned by Tanzanian media personality Millard Ayo, South Africa based Ugandan socialite described Diamond Platnumz as a “big, fat liar” that has chosen to stay away from his kids. 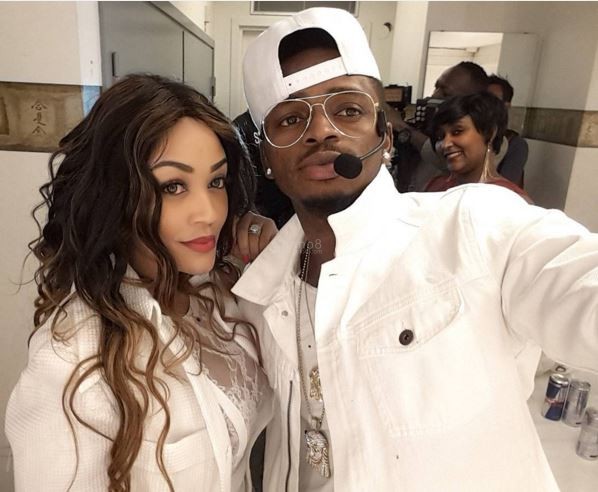 According to Zari, the ‘Kanyaga’ crooner has never been denied access to Tiffah and Nillan contrary to what Diamond had said in a previous interview. She added that she has all the evidence on her phone and dared Diamond to dispute all she was saying.

Through her lawyer, the mother of five said, thought it wise to have a parental plan in place to make sure he (Diamond) plays a part in his kids’ lives. This she said was in March this year. She never heard back from him or his advocate. She added that the Bongo star has not seen his children for nine months.

Zari told Millard that the WCB boss stopped communicating with her after she refused his marriage pleas which were meant to silence ‘haters’ and later blocked her older son’s phones.

Towards the year, Zari revealed that the kids were to spend Christmas with their father but she put a halt to these plans when he said that the kids would be accompanied by a ‘stranger’ and he wanted to go with them on stage at Wasafi Festival Kenyan edition.

In 2019 however, as Nillan was playing with her phone, the two-year-old sent DMs to strangers including his father. It is then that Diamond reached out saying, “Naona hujanisahau.”

Zari tied the knot to her new mysterious man known only as Mr M or King Bae and they are set to move into a new house in South Africa in September.