A section of Members of Parliament have expressed dissatisfaction with how opposition MPs and the human rights committee of Parliament are repelling the censure of Security Minister Elly Tumwine.

It should be remembered that Last week MPs started the process to reprimand Security Minister General Elly Tumwine over disrespecting Parliament.

Muwanga Kivumbi, the Butambala MP moved a motion to amend the committee report to include the closure of the Safe Houses in the country, and that a vote of censure on Gen Tumwine is initiated.

In August 2019, the Human rights committee of parliament accused the security minister of frustrating investigations into the torture of Ugandans when he blocked MPs from accessing safe houses.

According to the committee, Tumwine also halted MPs from meeting the Internal Security Organisation Director Kaka Bagyenda and consistently undermined parliament and recommended that 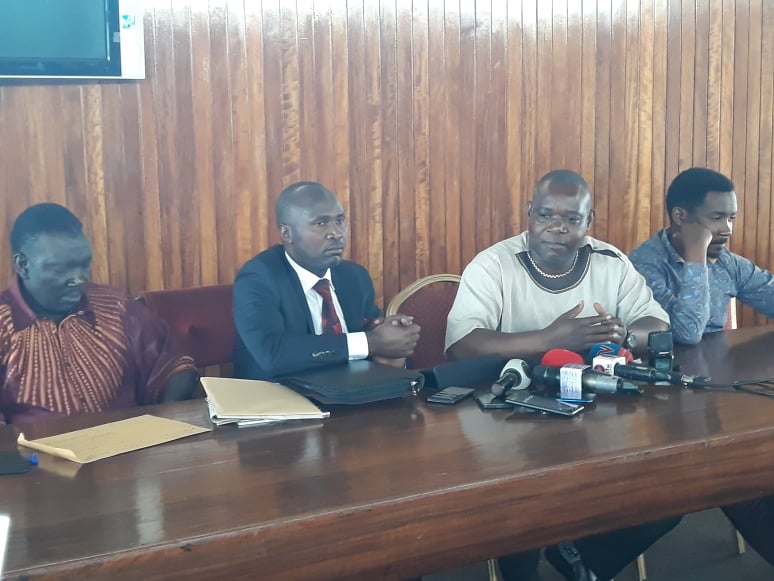 The MPs amended the Human Rights Committee recommendation that had sought to ‘punish’ the minister without providing details.

However, so far only 20MPs have signed the petition, most of the committee members and those of the human rights commission are slow in appending their signatures.

Addressing a press conference on Friday at Parliament, Lwemiyaga MP Theodore Ssekikubo said a few National Resistance Movement members have signed he, however, wondered why members of parliament were shunning this process yet they are the voice that speak for the country.

John Baptist Nambeshe the Manjiya County MP says it is important for MPs to condemn acts of torture through censuring Tumwine.

He notes that for long Ugandans have been crying foul of safe houses and how many victims have been tortured and now is the time to react.

Barnabas Tinkasimire, the Buyaga West MP says he signed the motion and was happy that a Minister was being held responsible. He says some MPs have been threatened not to sign the petition, but they will try and mobilize some members to sign.