Self-proclaimed The King herself Cindy Sanyu is yet again at one of her best games of ranting. This time, she has hit at Government for ignoring musicians in the hard times.

During a recent interview, the ‘Boom Party’ hitmaker blamed the Government for treating musicians like people who don’t contribute anything to the economy of the country. 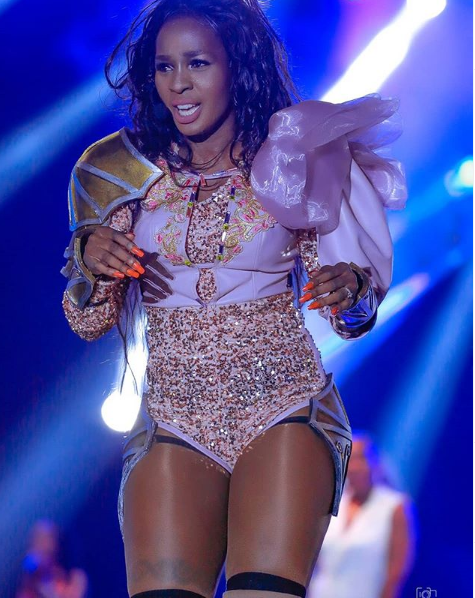 She compared musicians’ treatment to the treatment prostitutes get.”The government treats us like prostitutes. We have been ignored and it forgets we also contribute heavily to the tax collected every year,” she said during an interview.

Cindy advised Government to consider supporting musicians because they are broke.

READ  WE ARE PROUD DUMMIES. LET US SHINE! Vinka Roars As She Plans To Release A Brand New Video With Nigerian For Another New Month As Promised At The Start Of The Year

I have my own money. I am not looking for money but real love – Cindy on why she is dating a broke man

I Made A Lot Of Money At My Concert- Cindy Finally Opens Up, Scoffs At Sheebah

All You Need To Know About Cindy’s Mr. Right Who Proposed To Her

Revealed: Reason why Sheebah failed to turn up for Cindy’s Boom Party despite getting invited