Musician Vinka has today made 26 years of age and decided to have a reboot in South Africa.

While in South Africa where she has been cooling off the year’s hardwork stress, the ‘Malaika’ hitmaker decided to show off some skin by taking photos and posting them on her social media platforms.

One of the photos perfectly displayed her thighland and varginia something that caused whopper stampede on social media. 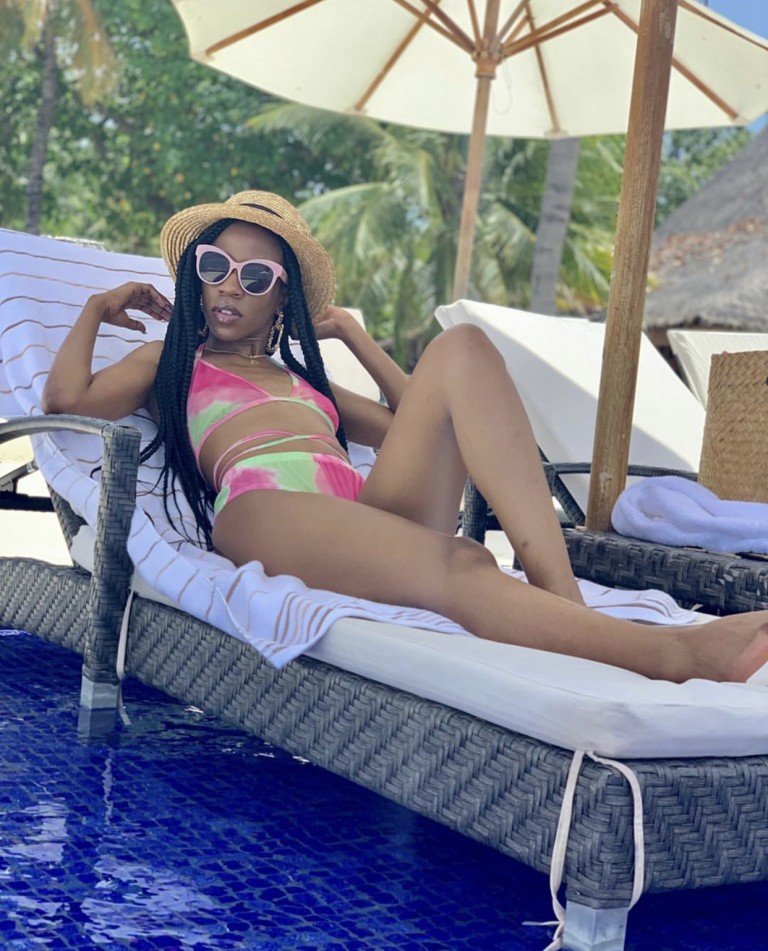