Uganda Martyrs University who finished fourth last season after losing the third place play-off to Bugema University are determined to chlenge for the title this season but first must focus on getting out of their group that also has two time champions Kampala University.

“Last season we missed out narrowly on making it to the finals and on winning bronze. In other games we lost in penalties.” Said Uganda Martyrs team manager Ssali Tonny.

Uganda Martyrs will be without four players from last season namely; Mutaawe Atanaas and Mbigo Livingstone who graduated, Ssempala Ronald who joined Brightstars and Lukwago Nasser who played the maximum of four seasons. 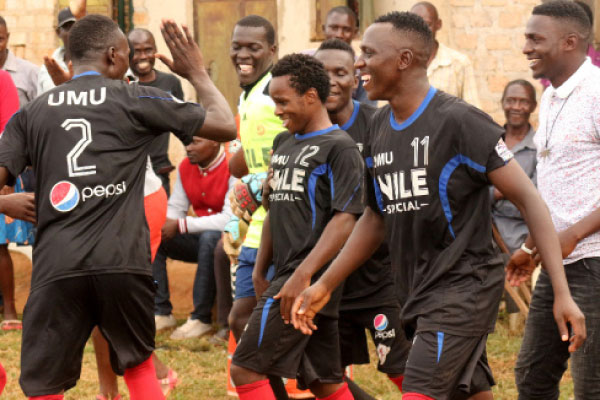 This will be the first meeting in the league between the two teams and Busitema University coach Muganga Stanley believes his team will put on a good show at their home ground after last season’s 5-0 quarter final loss to eventual champions Uganda Christian University.

“There are a few changes to the squad. We have one or two additions and i expect that with the experience the team has from last year, we shall do well,” Mugagga said.