I Made A Lot Of Money At My Concert- Cindy Finally Opens Up, Scoffs At Sheebah

Before her Boom Party concert at Lugogo, Cindy had asked for a battle with Sheebah and many people thought it was just a strategy to boost her concert but the ‘King’ herself has come out to explain that her intention was to basically empower women.

“I wanted us to do something as women; something that will remain in history that women had the battle to inspire other females and change the industry. It was what I was looking at not even for money,” she told Bukedde TV.

Cindy who holds the record as the first Ugandan female artist to have ever filled the expansive Cricket Oval added that since the battle never took place, she’s no longer interested even if she was offered Shs500 million. In fact, because of the success of the ‘Boom party’ concert, Cindy says she’s no longer at the level of most female artists and that the only people she can now battle with are legendary Bebe Cool and Jose Chameleone.

“I’m not interested in a battle now at all. That is done. I don’t want to dwell on the past. I have proved it all. There should be nobody to stand in my way that they need a battle. No matter what amount anyone brings I will turn it down. Previously, I wanted it and the money Balaam had put on the table was even not Shs100 million but I didn’t care. I’m no longer interested even if they bring any amount because I made money. The only battle I can now allow is Chameleon and Bebe Cool. Those are challenges and it’s worth watching,” Cindy further stated. 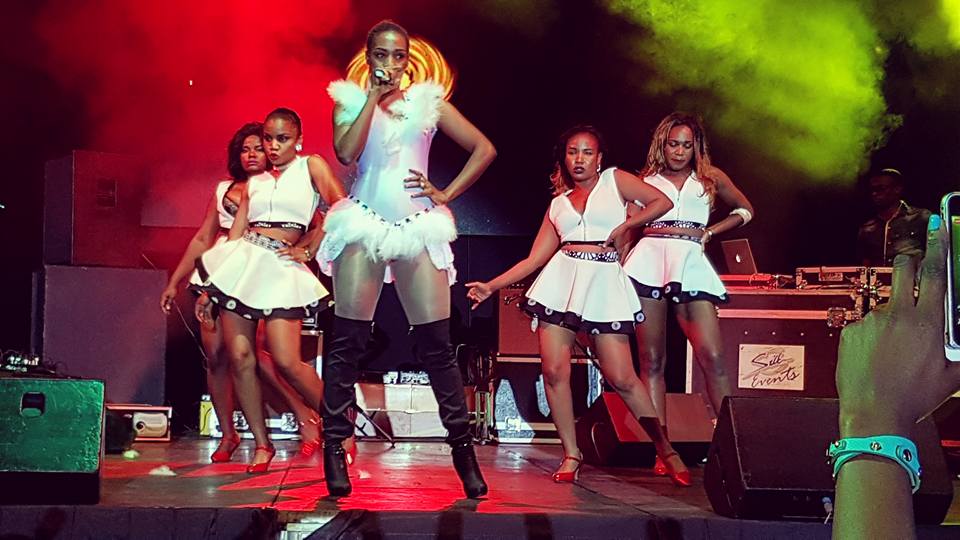 The former Blu *3 star added that the only female artiste she would have battled was Grace Nakimera if only she had stayed around because she was “so good and that their profiles were worth a battle.”

I Have Never Begged Cindy For A Collabo, Let Her Stop Swelling Around- Crysto Panda Clears Air, Says Sheebah Is Better

Sheebah heaps praise on Crysto Panda after recording massive ‘Kyolina Omanya’ video. Claims he is the future of Ugandan music