Your gal Sheilah Gashumba is still trending on social media effortlessly. Should she be crowned the new ‘Twitter Queen’? I think that will be jazz for another day. Well do you know that Sheilah rates NBS TV so lowly? 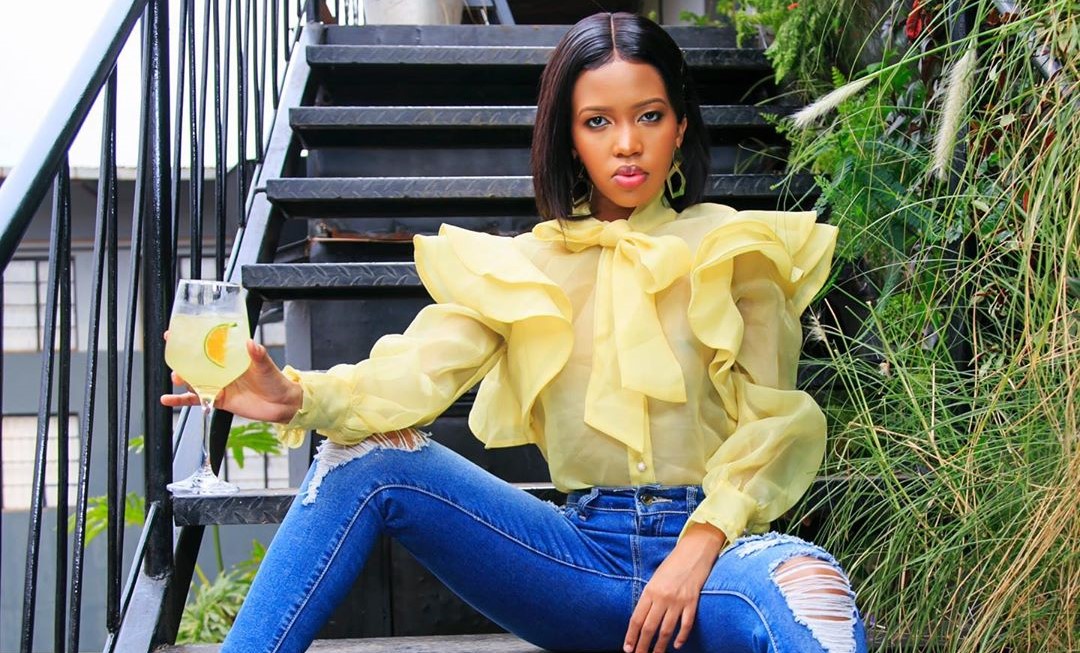 Actually seems she has never even considered joining the likes of Douglas Lwanga and MC Kats who she used to earn Mazike with at NTV.

While commenting on one her tweets that suggested she was earning cartoon salary at NTV, @PyeparFaisal, one of her followers wondered whether NBS is about to acquire her services.

But guess what? In her response, Sheilah replied with a “No” before asking (in another tweet) why Douglas Lwanga left NTV to join NBS which she thinks is an upcoming channel. 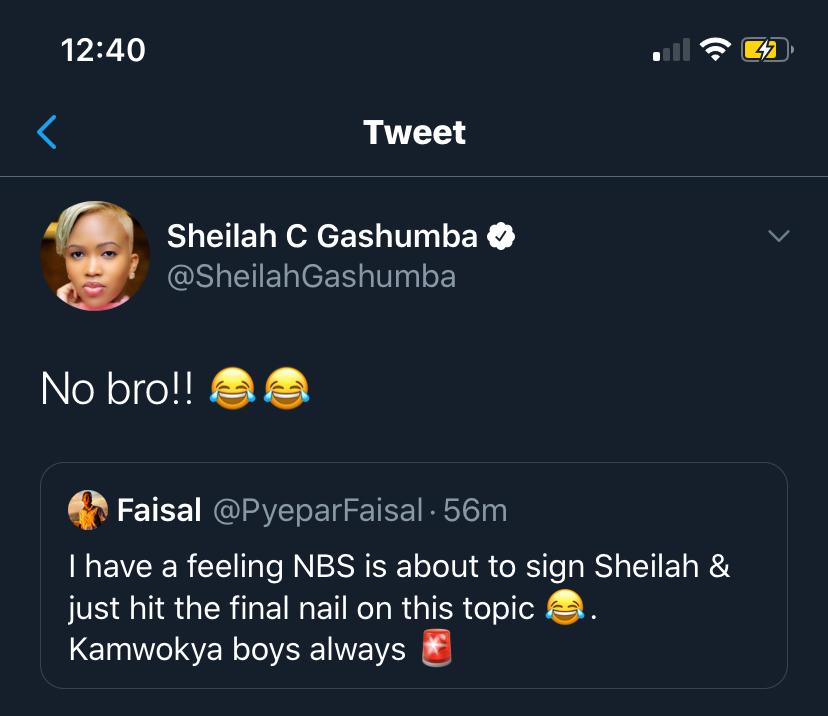 “Okay so why did @DouglasLwanga leave the biggest station to another upcoming station!! Come on! Use your common sense!!” She tweeted.

Sheila has been trending on twitter following a series of tweets she shared that exposed how NTV used to pay her peanuts. The former NTV Style Project co-host revealed that she was paid UGX 100,000 per show yet her make-up would cost her UGX 80,000.
Sheila, who is now backed by her father’s support has boldly shared how she used to pretend yet she was working for peanuts. According to her, she would rather sell sumbies (real sumbies) instead of working on television. 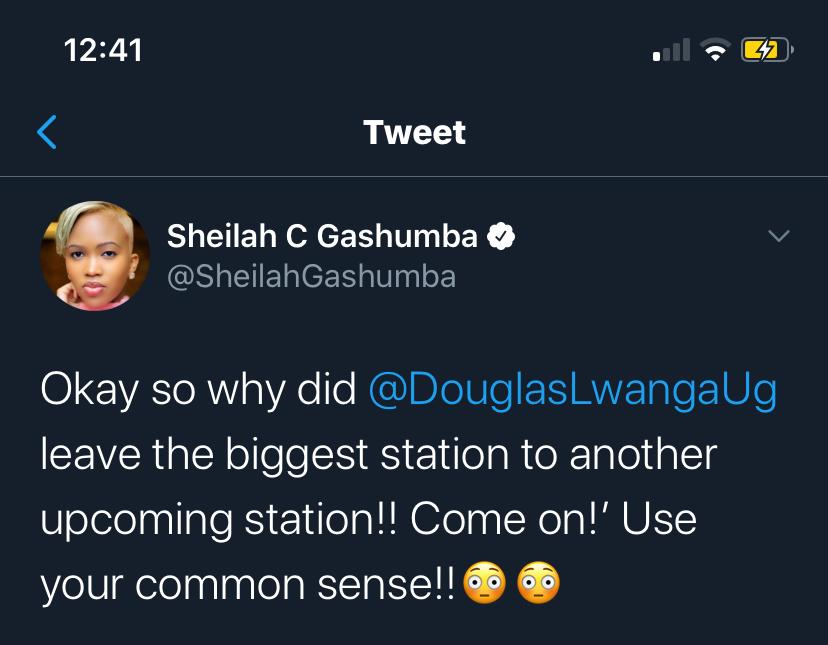 However, her behavior has left many people wondering what’s wrong with her after attacked the influencing job as well . Sheila confessed that she decided to settle as a house wife for God’s Plan instead of working for peanuts.

We will keep you posted as more developments are expected.