It has always been said that sexy female star Spice Diana and her manager Lubega Roger live together as husband and wife. 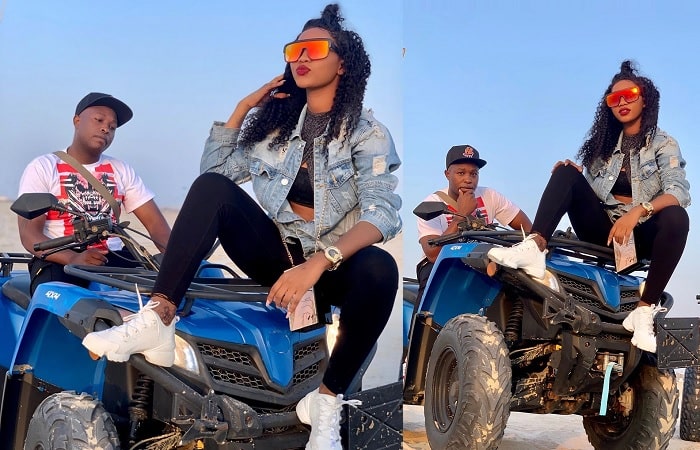 Reports further have always pinned Roger to have constructed a mega bonking pad for the Bagikoona hit star in appreciation of her being sweet in Bed.

Surprisingly neither of the two had come out to trash or confirm the rumor, not until recently.

In a latest interview, Spice Diana opened up that she would have actually dated Roger, but there’s only one block—he has a wife.

“Roger is a kind man. He is a respectful person. I think I would have dated him if he wasn’t married. I respect that he keeps his family affairs out of media, ” Spice Diana revealed.

Her first manager was Dr Fizol of Avie Records, and she was later managed by Twinkle Star and AgaNaga in 2016.