President Yoweri Museveni found sometime to step out of State House to hail fellow freedom fighter Mathias Magoola for the amazing works he is doing in the health sector. 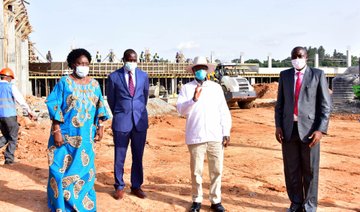 Museveni revealed: “Together with Speaker @RebeccaKadagaUG, we toured and launched operations for Dei Bio- Pharma Industries in Kigogwa, Matuga.”

The President hailed: “I congratulate the founding director Mathias Magoola, for the spirit of freedom fighting.”

He also noted: “He has suffered more from the hands of those meant to support him. My visit to the facility was therefore partly aimed at morale-boosting him and his team.” 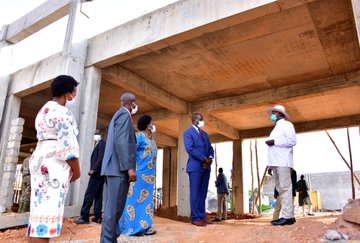 Museveni explained: “The founders of Dei Group, which oversees the Pharmaceutical also donated a brand new Double Cabin pick-up truck, and 7 tonnes of maize flour to the National COVID-19 taskforce.”

He stated: “These will manufacture essential quality medicines in a range of therapeutic areas with a special emphasis on malaria.”