Sheilah Gashumba has been at least quiet lately but now she is back on the social media streets. And yes! Guess what? 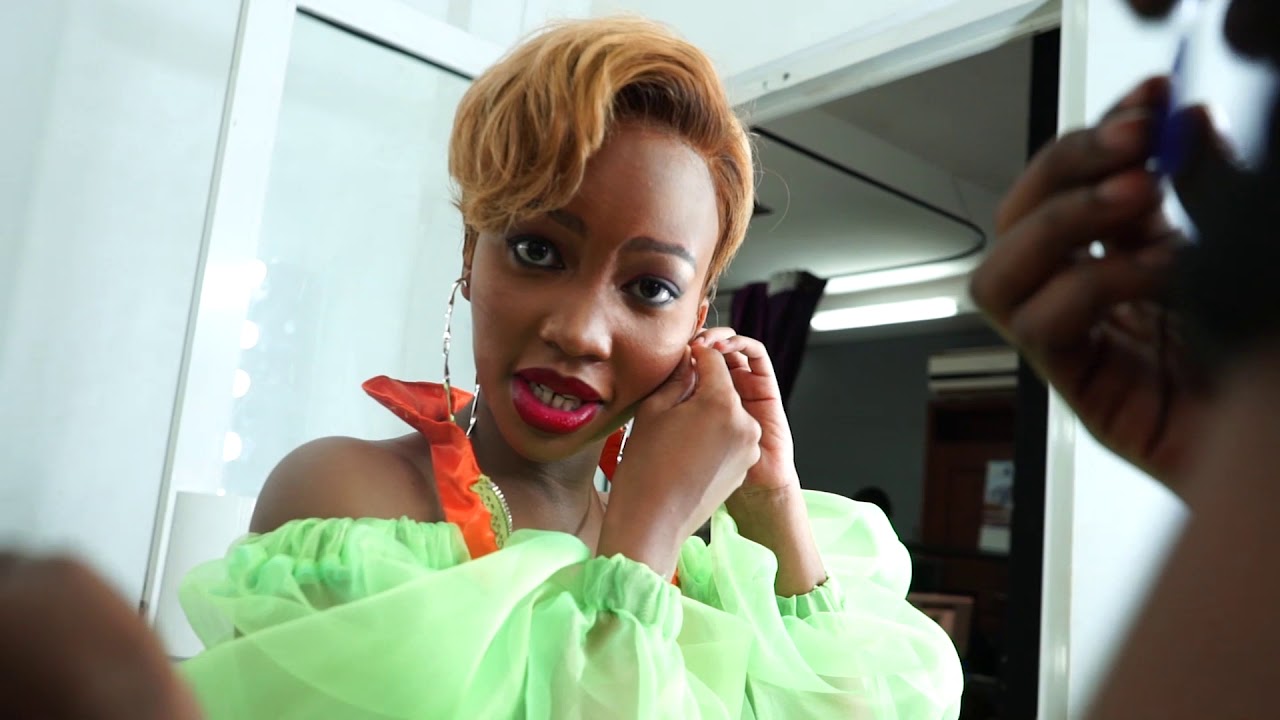 She is revealing an hidden secret, the world didn’t know about her boyfriend, Marcus Lwanga aka God’s Plan.

According Sheilah, God’s Plan once played for Arsenal the Gunners Youth Team and Yeovil Reserve Team Player. In a lengthy Facebook post, Lil Stunner further narrates how her pal once tipped her that God’s Plan was a professional footballer who lived a low profile.

Well we won’t fuss much, below is Sheilah’s lengthy post;

“Did you know that God’s Plan aka Ali Marcus Lwanga is a former Arsenal Youth Player and Yeovil Reserve Team Player? Well now you know!!!

I remember when I had just met Marcus ( God’s Plan) in July 2018, I found two missed calls from a friend of mine who rarely calls me, I quickly returned the phone call and when he picked up he went straight to saying ‘Sheilah, why didn’t you tell us that your boyfriend is God’s plan and also why didn’t you tell us that he is proffesional footballer?’ I said to him ‘ FOOTBALLER? What do you mean he is a footballer?’ my friend said ‘ Sheilah, your boyfriend is here at the football pitch playing football and everyone is in shock and when we asked him how come he is soo good, he mentioned that he used to play football in London!’ my friend then scolded me and said ‘ Sheilah all along, God’s plan has been playing at our pitch and you didn’t mention it to us, we are always gossiping about him at the pitch yet he is here playing with us ‘

Keep in mind at that time, the few who knew we were seeing each other didn’t even know that the person they were seeing me with was ‘God’s plan’ . People knew the name but didn’t know the face.We used to go soo many places and people would gossip about what he was doing in the club ( showbiz) but they didn’t know the person they were gossiping about was right next to them

So at this point I’m actually confused and in shock that the person I was spending time with was actually really good at football!! He used to mention that he had football training in evening at the munyonyo football pitch but I never took it serious because as you know, lol, all guys love to say that they can play football !! So called Marcus right after the call with my friend and I said to him ‘ So you are a proffesional footballer’ . Guess what he did, He just laughed and said Noooo, I’m not ( in his UK accent) and I kept asking him for like a week and he would just laugh!! Well the thing with Marcus is he isn’t the type to sit there and talk about himself all day. He is a very calm and humble man!!

Usually you meet a guy and in just 15mins he tells you whatever he has done since he was born and even things he hasn’t done but claims he has done Anyways when he finally told me about his football journey, he spoke soo passionately about it and it was an emotional story being a black Ugandan boy in London with soo much skills etc ( maybe he will tell you guys the story one day, you will be inspired) but before he does that, make it a point to Catch him live on NBS this Sunday at 10pm on THE SCORE with Daniel Sebakijje as they discuss the return of Premier League!! #NBSTheScore #Godsplan

READ  I WAS A ROBBER BUT YOU CAN'T USE MY PAST TO BREAK ME!!! Sheila Gashumba's Ex- Convict Boyfriend Warns Haters, Reportedly Vows To Shoot Them Down