THE WAIT IS OVER! Three sisters will turn heads on M-Net’s first telenovela Legacy

When M-Net’s exciting new daily drama Legacy hits our screens in September, top-notch actress Mary-anne Barlow will step into the power heels of Felicity Price, a character whose tenacity is bound to have the tongues wagging.

Felicity has a firm eye on the CEO position in her dad’s upmarket investment company. But first, she has to deal with a complicated hurdle, the only male heir to the Legacy Investments throne. Anton David Jeftha plays SJ, Elizabeth’s problematic playboy half-brother.

Felicity and SJ are not the only Price siblings, however. The Price family patriarch, Sebastian Price, has three daughters from his first wife: Felicity, Elisabeth, and Alexandra “Lexi”.

Middle sister Elisabeth is portrayed by another blonde beauty, soap star Reandi Grey, while model and actress Jay Anstey takes on the role of Lexi, the youngest Price sister.

Fun-loving, care-free Lexi is the complete opposite of her two older siblings. She was barely a toddler when her parents divorced, and, not surprisingly, she always finds herself compelled to take her mother’s side in quibbles and disagreements.

“Jay Anstey was the perfect choice for the role of Lexi,” says M-Net’s Head of Publicity, Lani Lombard. “She always brings a vibrant energy to the screen, and we know that viewers will fall in love with her new character.”

Jay, who grew up in a theatre family, made her breakthrough performance at the age of 14 in the award-winning international feature film Catch a Fire (2004). Her other film work includes the title role of Ella in Farewell Ella Bella, The Woods, Tremors 6, and Last Days of American Crime and more. Her television appearances include The Girl from St Agnes, Snitch, Isidingo, and she also guest-starred in the international series Young Leonardo and Blood Drive. 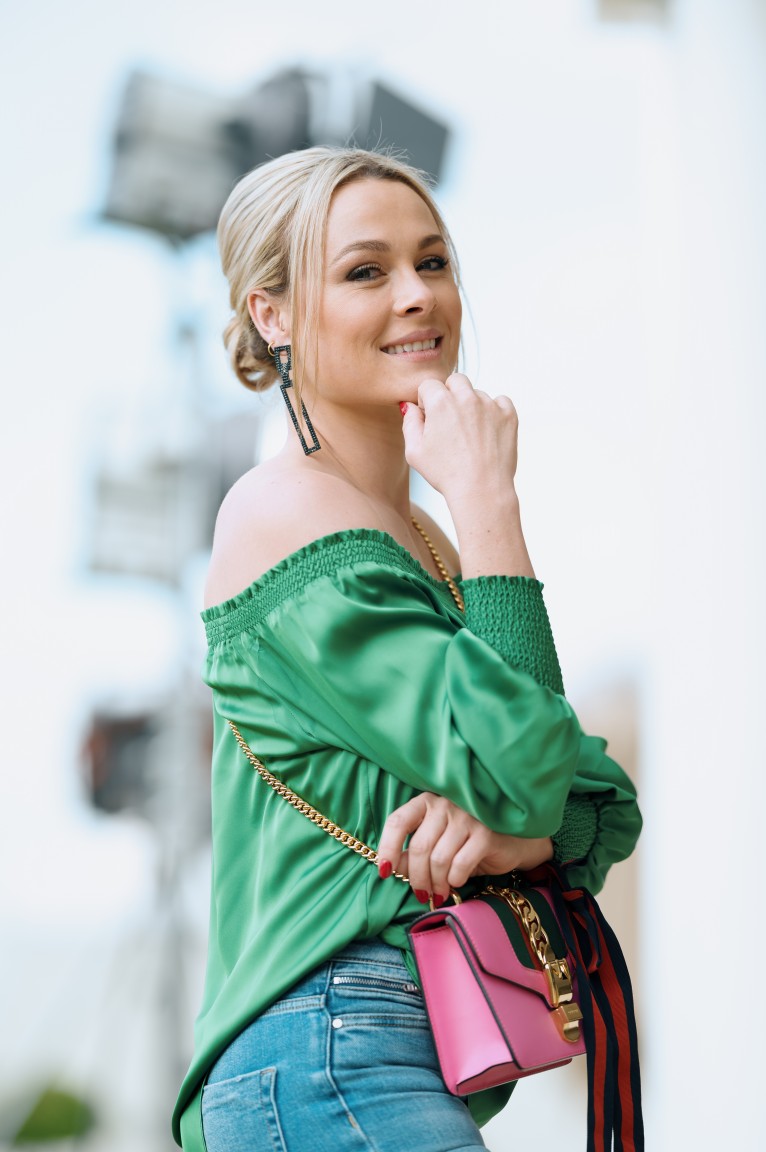 Bubbly and beautiful Jay is stoked about being part of the superb Legacy cast, and to act alongside Mary-anne again.

“I have worked with Mary-anne before on two projects. The last one she played my Mom!” Jay says. “So, we have already established a close bond and it’s always an honour to work with her!”

And, how does she feel about being Lexi? “I love that I get to play the youngest sibling because as we all know the youngest can get away with anything,” Jay says.

Middle sister Elisabeth is the calmer and most organised one out of the sisters. When in doubt or crisis, the Price family always rely on Elisabeth to make things happen. Reandi Grey, who brings life to the character, has featured in the 2008 film Bakgat and is well known for playing Esti on 7de Laan. And did you know? M-Net happened to cover her wedding in the fun-filled show The Wedding Bashers.

The Price sisters will most certainly turn heads in Legacy. While M-Net will announce more members of the stunning, diverse cast of the series soon, it has already confirmed that Kgomotso Christopher, Michelle Botes, Deon Lotz, Trix Vivier, and Sean-Marco Vorster will all be part of the channel’s first telenovela.

About MultiChoice Uganda
Established in 1994, MultiChoice Uganda has made an estimated US$150 million contribution to the national economy and has spurred rapid growth in the film and video-entertainment sector by commissioning some 10 000 hours of locally-produced content.
Rooted in Ugandan society, MultiChoice Uganda is 100% owned by MultiChoice Africa Holdings. Customers have a choice of five packages delivered via the DStv satellite platform with a total of over 140 channels as well as three packages via the GOtv digital terrestrial (DTT) service.