Disan is now a complete venom after completing his transfer to Vipers Sc and the former Express Fc captain has expressed his happiness for joining the club.

Galiwango has signed a four year contract with Vipers and can’t wait to get started at his new home.

“Iam very happy to be here at Vipers, a big club and the UPL champions” Galiwango told the club website during unveiling.

His new coach Fred Kajoba said that Galiwango is a player with huge potential and expects him to prepare at the club.

Galiwango scored six league goals for Express Fc and made a couple of assists in the just concluded season. 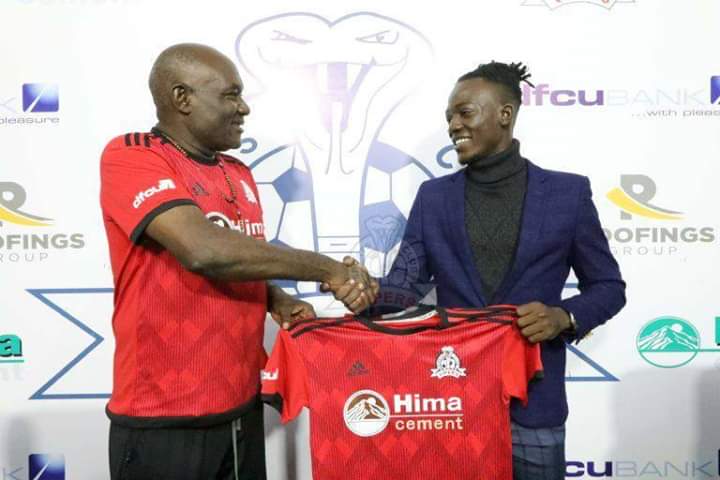 The talented defender signs for an undisclosed fee and becomes the Venoms first signing as coach Fred Kajoba looks to add steel to his team.

Galiwango began his football career at Rifo Soccer Academy before being picked by Simba Sc at the start of the 2015/16 season.