Christiano Ronaldo cut a disconsolate figure after Juventus were knocked out of the Champions League by Lyon on Friday night.

A year on from their quarter final defeat to Ajax, the Italian champions exited the tournament at the last-16 phase, ensuring that their wait for a European trophy has now stretched to 25 years.

With Lyon 1-0 up from the first leg that was played all the day way back in February, Memphis Depay opened the scoring for them with a penalty in Turin after Rodrigo Bentancur was judged to have fouled Houssem Aouar in the box. 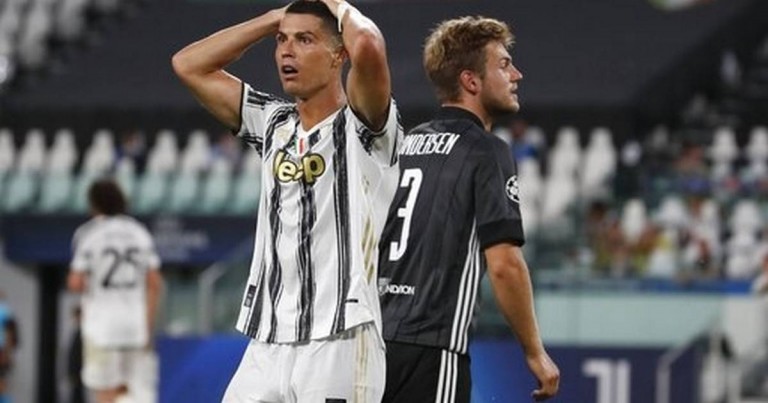 Depay was then involved in a penalty at the other end shortly before half-time, when he was harshly found to have handled a free-kick from former Lyon player Miralem Pjanic.

Ronaldo scored from the spot to ensure that Juve needed two more goals to turn the tie around, and there was hope that they would do just that when the Portuguese fired in a brilliant strike with his left foot on the hour mark.

Juve then pressed and pressed for a goal to win the tie, but they weren’t helped by substitute Paulo Dybala almost immediately pulling up an injury after he came on.

Lyon were then able to see out the victory, and ensure that they go on to face Manchester City in the last eight in Lisbon. 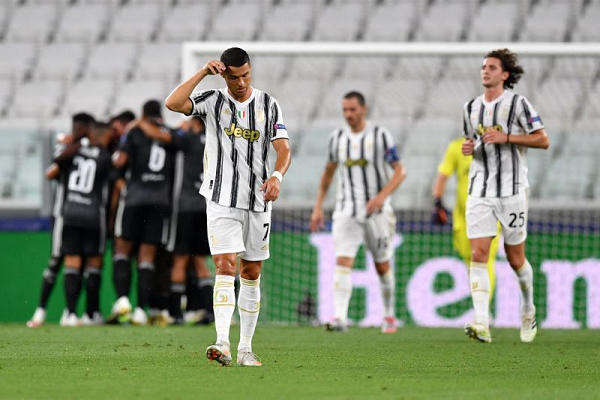 At the full-time whistle, Ronaldo could be seen turning towards the tunnel where he was comforted by Juve substitute Georgio Chiellini.

He could then be seen shaking his head as he made his way down the tunnel in Turin, no doubt disappointed that he won’t be able to lift the Champions League in huis native Portugal.

Juve boss Maurizio Sarri was already coming under Pressure in Turin before the loss despite winning the Serie A title this season.