Pep Guardiola and Zinedine Zidane were locked in conversation at pitchside after Manchester City’s win over Realmadrid in the Champions League.

The two managers chatted amicably after the Blues’ 2-1 win had secured a place in the last eight tournament, which starts in Lisbon next week.

Defender Raphael Varane admitted his two errors had brought the defeat for Madrid, but Zidane’s failure to reach the quarter finals will pile pressure on him, even though he led them to victory in La Liga last month. 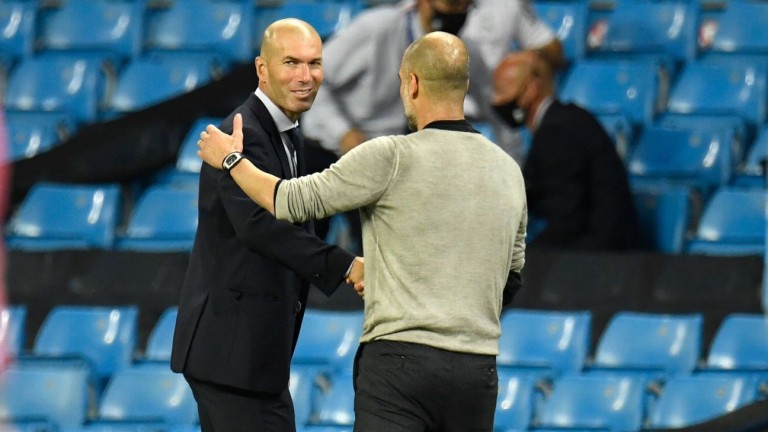 Guardiola was asked what he had said to Zidane during his post-match press conference and his words revealed a show of support for the Bernabeu boss.

Madrid have a history of lacking patience with managers who do not win the Champions League, Fabio Capello and Vicente del Bosque both got the push despite winning the league, although the three times Zidane won with Madrid between 2016 and 2018 mean he has credit in the bank with Spanish giants.