Frank Tumwesigye aka Zaga a graduate of St. Mary’s Kitende has crossed to Police FC after spending the last six seasons at Vipers sports club.

The 21 year old Zaga while at Kibuli Police offices signed a two year contract with Police fc  from Vipers sports club which will take him up to 2022.

The styled player upon his unveiling to the press, he noted on the reason why he has decided to join the 2005 Uganda Premier League champions.

“Iam looking to develop my talent and working hard to make sure that both the club and myself achieve the club goals. Teamwork and support will help us achieve our mission, our fans will not be disappointed” Zaga emphasized while talking to the club officials. 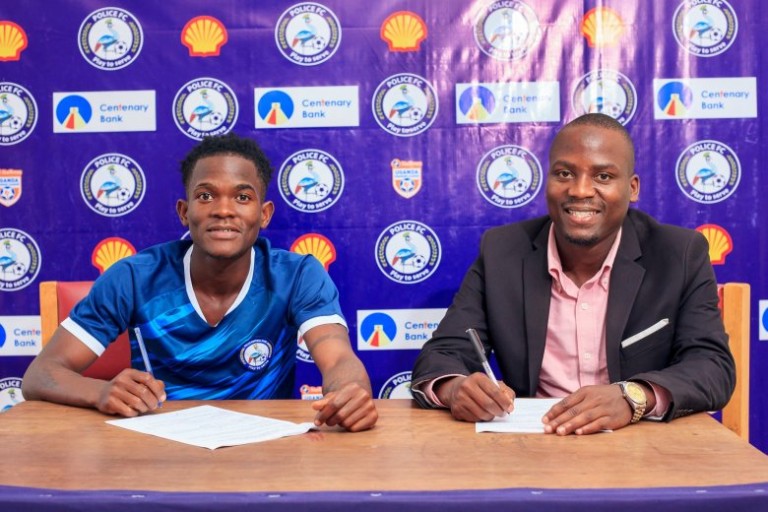 Zaga started only three games in the league last season due to competition at his former club from players like Karim Watambala, Siraje Sentamu, Bobosi Byaruhanga and new signings who include David Bagole and Jamil Kalisa.