Gayaza high school has released a statement on a naked girl whose video went viral over the weekend.

A video and pictures of a girl made rounds on social media, alleging that she was found inside a gate of certain apartments doing witchcraft and rumors started circulating that she was a current student of Gayaza High School.

Robinah Katongole Kizito the headteacher of Gayaza High school has acknowledged that much as the girl is indeed a former student of the school, the incident didn’t happen there.

She says that the former student has suffered a condition of mental disorder after she left Gayaza for University.

Katongole says the girl whose names have been withheld sat for her ‘A’ level at the school in 2014 and successfully entered university where they were informed that she was mentally ill. 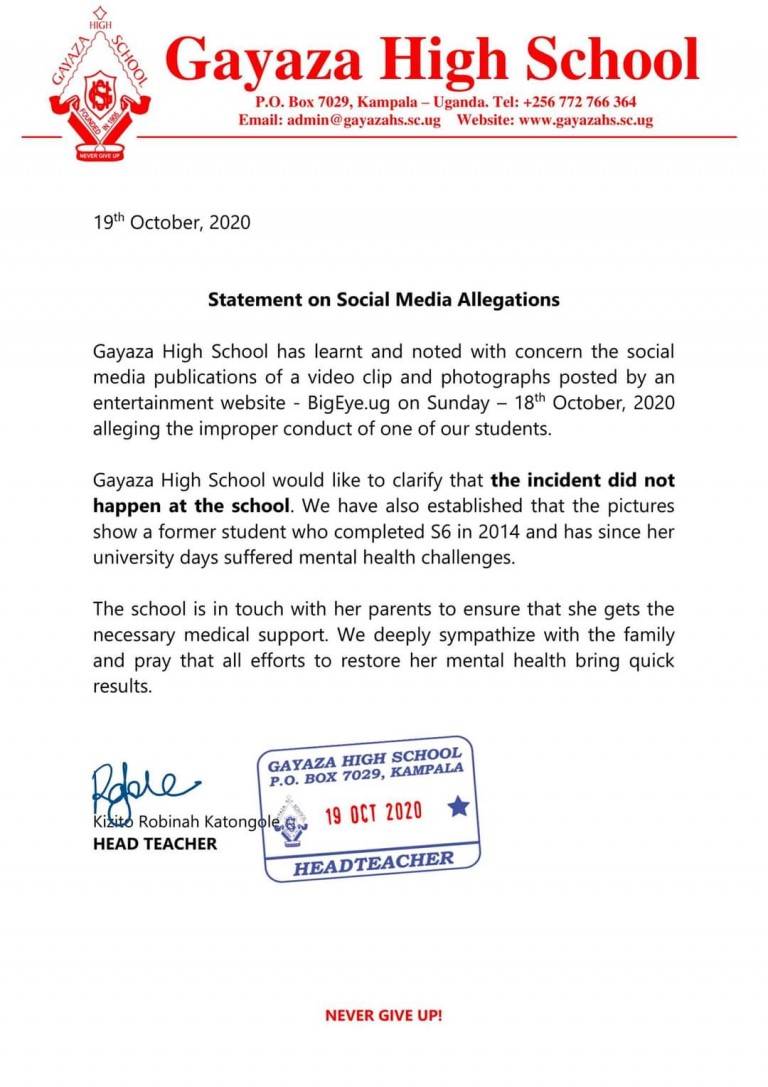 While expressing sympathy toward the family to the girl, Katongole revealed that Gayaza high school is in touch with her parents to ensure she gets medication.

The video went viral over the weekend showing a naked girl reportedly night dancing next to a school as she is stopped by a group of men holding heavy sticks,

The girl is seen pleading with the men not to flog her as they interrogate her for her actions while ordering her to put her clothes back on.

“There is no opposition in Uganda which I cannot defeat..”. Sevo Blasts Opposition As Raw And Unripe