”Am not Here Because I committed Any Crime.. ”Bobi Wine Denies Charges Slapped Aganist Him As Court Grants Him Bail

The National Unity Platform (NUP) Presidential candidate was on Friday afternoon granted a noncash bail of 1 million shillings,2 days after his brutal arrest at Nalufenya Jinja.

He was however slapped with charges of unlawful assembly and acts likely to cause the spread of infectious disease contrary to section 171b of the penal code act.

Kyagulanyi arrived in court at about 2; 20 pm clad in a blue T-shirt, looking fatigued but well. Bobi was escorted by other inmates and prison wardens.

He was welcomed to a fully packed courtroom with his wife Barbie Kyagulanyi, NUP party leaders, and a few supporters.

However, the prosecution ordered other people to exit the chambers and create room for only 20 people including the accused’s lawyers and immediate family before proceedings can continue. 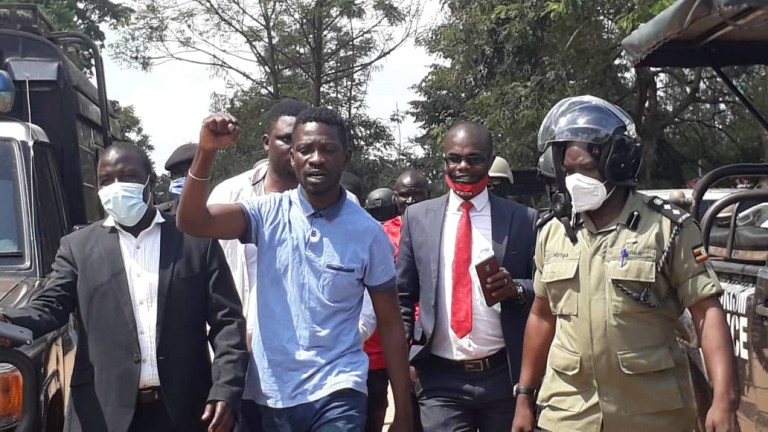 Segona asked the court to produce Kyagulanyi’s torn clothes, saying they are key evidence in his defense case and were taken away by police. Segona said his client’s torn clothes were proof that he was tortured.

Segona then presented his bail application and asked the court to grant their client bail. 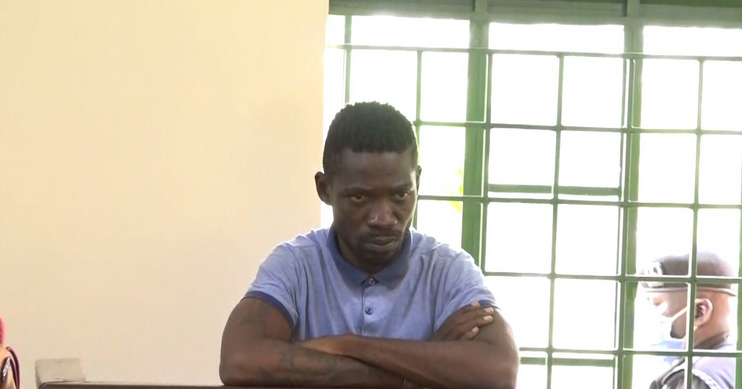 The Iganga Chief Magistrate, Jessica Chemeri acknowledged that his case was bailable and granted him bail.

As one of the bail conditions, the Court asked Bobi Wine to abide by the Ministry of Health and Electoral Commission guidelines on Covid-19.

Bobi Wine, however, pleaded not guilty to the charges during a court appearance in Iganga Magistrate Court. 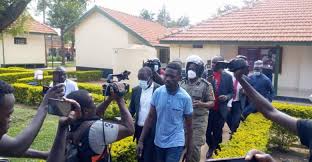 ”This case should not be Uganda versus Kyagulanyi, this case should be Uganda versus Museveni. Your honor, it’s Museveni who is supposed to be in this dock for killing innocent citizens and for committing crimes against humanity.  I am not here because I committed any crime, I am here because I offered my self-lead Ugandans out of 35 years of a dictatorship. Bobi said

“I am here to tell Museveni, we are not slaves in our country_Uganda is our country and we shall liberate it,” Bobi Wine said in Court.

The case against him has been adjourned to 18th December 2020.