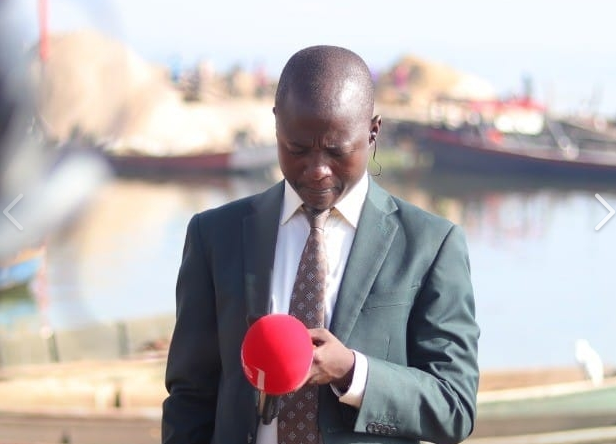 For the past few weeks Sabiiti has been lately off the screens for a while after tendering his resignation letter to his bosses.

The Kamwokya based station CEO, Kin Kalisa has been apparently trying to convince Sabiiti stay, offering him a massive salary increment but all attempts have hit a dead end.

The soft-spoken has not been moved by Kin’s ‘mad money’ as he has finally said good bye.

“My break from active Journalism starts today ! Thank you all for the encouragement, support and criticism it made it worth it all ! to nbs asante and it will always be home”, he said.

According to sources, Sabiiti was poached by a top but unidentified international NGO which promised to tripple his salary plus other add ons.

In the past few months, there has been an exodus at the Kamwokya-based media house with prominent employees like Simon Muyanga Lutaaya former host of the popular ‘One on One with Tamale Mirundi’, Sheila Tusiime Mugisha and Innocent Nabaasa all quitting the newsroom.

Am Priceless, My Loyalty Is Everything! Faridah Nakazibwe Publicly Refuses Offer To Join NBS TV After Being Pranked To Name Her Price

Zahara Totto And Anatalia Oze’s Future At NBS TV Hanging By A Thread, Ultimate Decision On Pardoning Them To Be Made Today- Source Reveals