To be honest Kampala’s most celebrated movie translator Vj Junior the incredible is a fairly over sized guy to be able to comfortably take silky round kicks.

But don’t get it twisted, the talented video joker is fitter than what y’all think.

Speaking with nation media’s gossip kings Kasuku and Shafiq Kayima, Junior revealed that because of his size people can’t believe that he can swim and also do round kicks 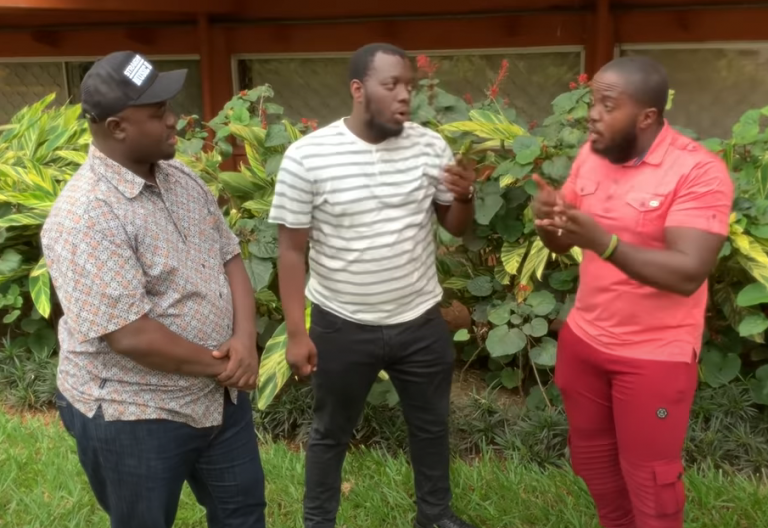 ” A person being fat doesn’t necessarily mean they’re unfit. Take a look at Sammo Hung the Chinese film star. He can do alot of things that small people can’t .I my self can swim and also do round kicks” Junior told a doubtful Kasuku who then requested him to try out the round kick

Without even thinking about his next move, the soft spoken movie translator jumped up high in the air and rounded off Kasuk with a silky kick 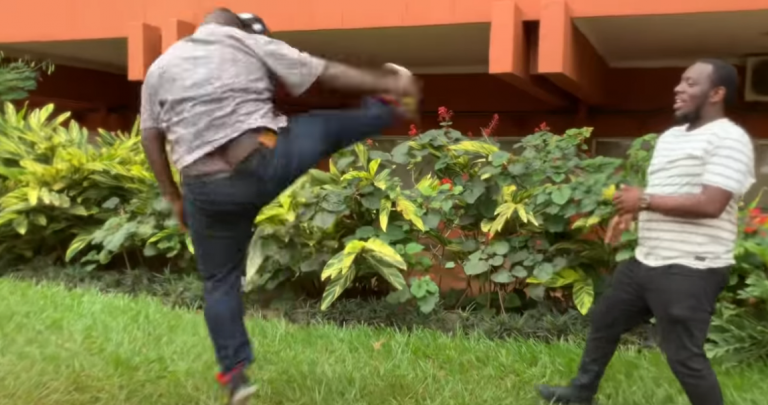 READ  Huge Claims On Why Tycoon Ivan Ssemwanga Passed On Early In life Revealed, Zari Partly Blamed For His Demise