Not so long ago celebrated local singer Sheebah Karungi’s twitter account was hacked into my some malicious people for reasons only known to them. 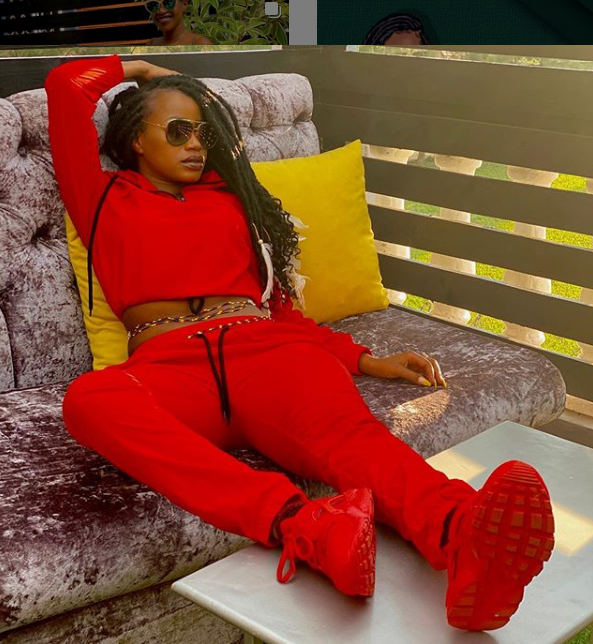 As soon as the hacking happened, Sheebah contacted the best cyber security experts in the land with an ultimate aim of recovering her account but all efforts fell on dead soil 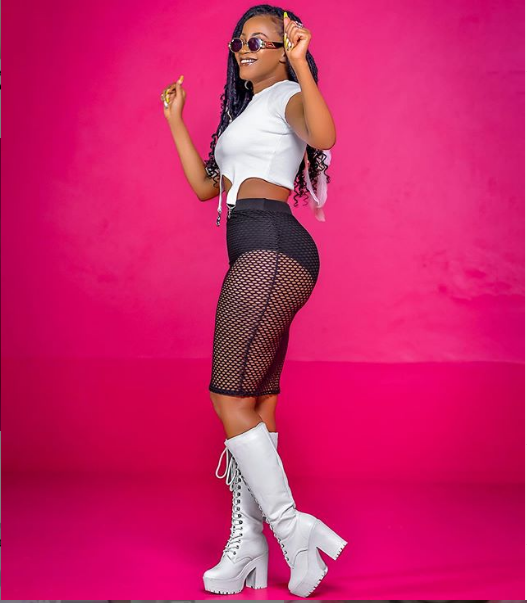 And now having gotten hold of the account, the shameless hacker has began using Sheebah’s name to extort money from the singer’s close friends and relatives 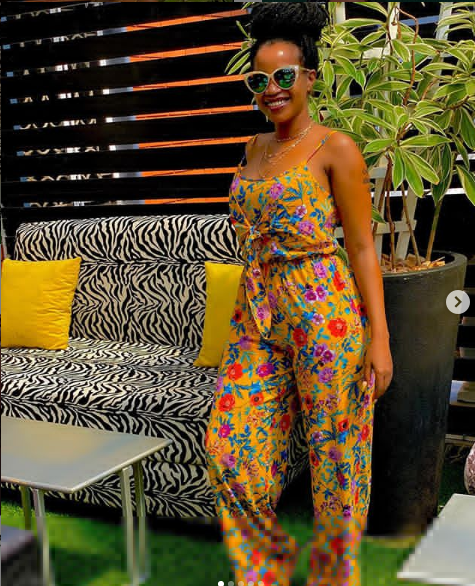 To avoid her followers from falling in to the hacker’s trap, Sheebah took to Instagram to tell her followers to ignore messages coming from her twitter account asking for money 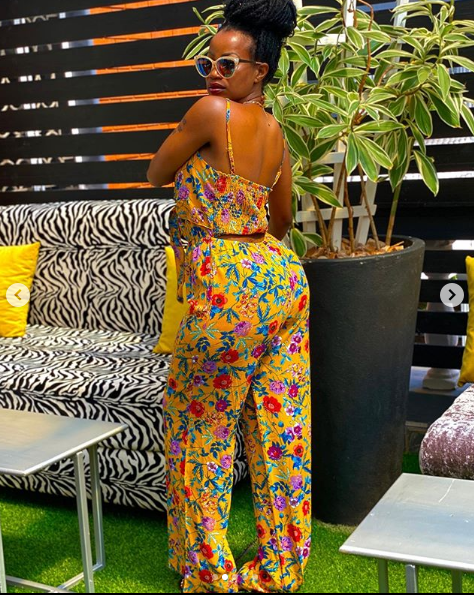 ”Please Be Careful My Dears, As I Posted Some Weeks Ago, Some 1 Hacked Into My Twitter Account (@Ksheebah1) And He Is Using It To Con People Into Giving Him Money. Please Don’t Respond & If You Can , Help Me Report It. Am So Fade Up Of These Lazy Humans Expecting To Live Off Other People’s Hustle. Stop Making Me Look Stupid Dude, I Cant Be Inboxing People Asking For Money. THATS NOT ME” Sheebah alerted her followers 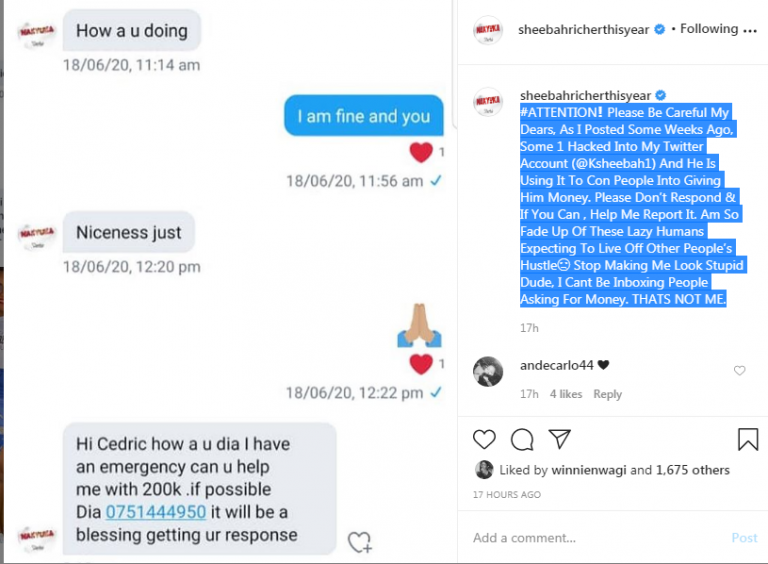 It is not the first time that local celebrity’s accounts are being hacked into. Juliana Kanyomozi,Anne Kansiime and Jose Chameleon have all fallen victims of cyber hacking

READ  Eddy Kenzo Reveals The Amount Of Money He Coughed To Secure Kololo For His Much Anticipated Festival, Refutes Getting It For Free