Over the weekend, female vocalists Rema Namakula and Iren Ntale bumped into each other at a wedding ceremony they were both to perform.

The two kicked off with serious talks on the sidelines and the topic according to the ‘Sukaali’ singer was marriage advice.

“Allow me to receive my advice on marriage…” Irene Ntale captioned one of the pics.

Rema who is fresh from releasing her Ekyama video did not disappoint by giving the needed tips to the Universal Music Group signed artist. 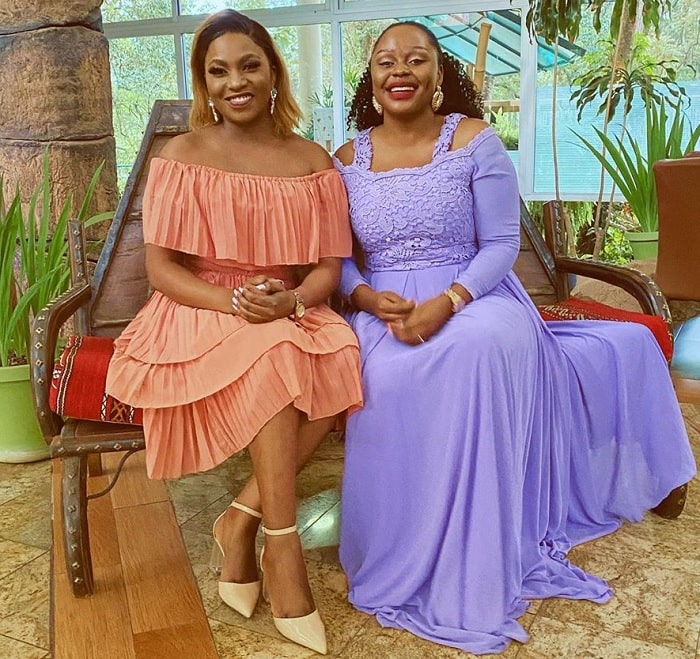 Rema held her intro in November last year and the wedding was supposed to be this year, but looking at how scientific those functions have become due to COVID19, chances are they could push it to the time when they can have as many people as possible to attend.

Irene Ntale was all glammed up in a shoulder free dress while Rema was again clad in this long outfit that has left many guessing if her child, Aamaal, that she shares with fellow singer Eddy Kenzo will soon have a sibling going by her fashion sense.,

Rema is now dating Hamzah Ssebunya while Irene Ntale is tight-lipped on who she is dating but recently confirmed that she was seeing someone in her session with the fans.