Government is considering getting citizens back into lock down!

Ministry of health has started to register community cases from 33 districts. Amuru and Kyotera lead the chase according to government. The country’s total confirmed cases are now 696.

The ministry of health according to government fears people are not obeying the measures put in place.

The ministry announced three measures; which include washing hands with soap, social distancing and wearing masks at all times in public.

However, while addressing the media in Kampala on Sunday, Judith Nabakooba, the minister of ICT warned that government will forced to impose another lock down.

Nabakooba castigated: “Unless we change and fully adopt the existing guidelines set by @MinofHealthUG  on prevention of #COVID19, @GovUganda  may consider re imposing strict lock down measures in order to prevent the country from slipping into a bigger outbreak.”

The minister said that the government is facing problems with people coming into town.

Nabakooba revealed: “The ministry of health tells us that clusters of community infections have started to emerge and these are now a bigger threat than even the truckers.”

She added: “Majority of people coming into towns and other public places do not want to put on their masks.”

Nabakooba went on: “Trading in some of the key markets and zones such as Kikuubo, Kalerwe, Kasubi and also in other towns is happening without an form of social distancing.”

She said: “The practice of washing hands with soap for all market goers has long been abandoned.”

On transport, she said: “Boda bodas that were limited to making deliveries only are now ferrying passengers.”

Nabakooba said: “Recently we saw a number of taxis that were impounded in Mutukula for ferrying passengers out of the district yet this is illegal in all 40 districts.” 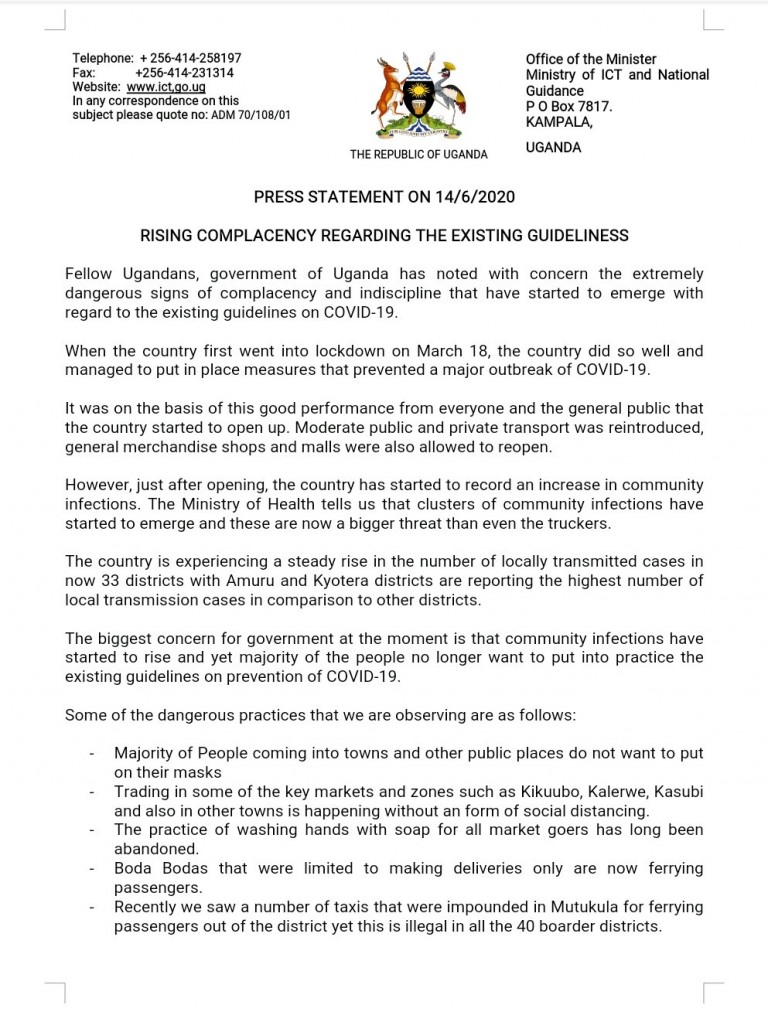 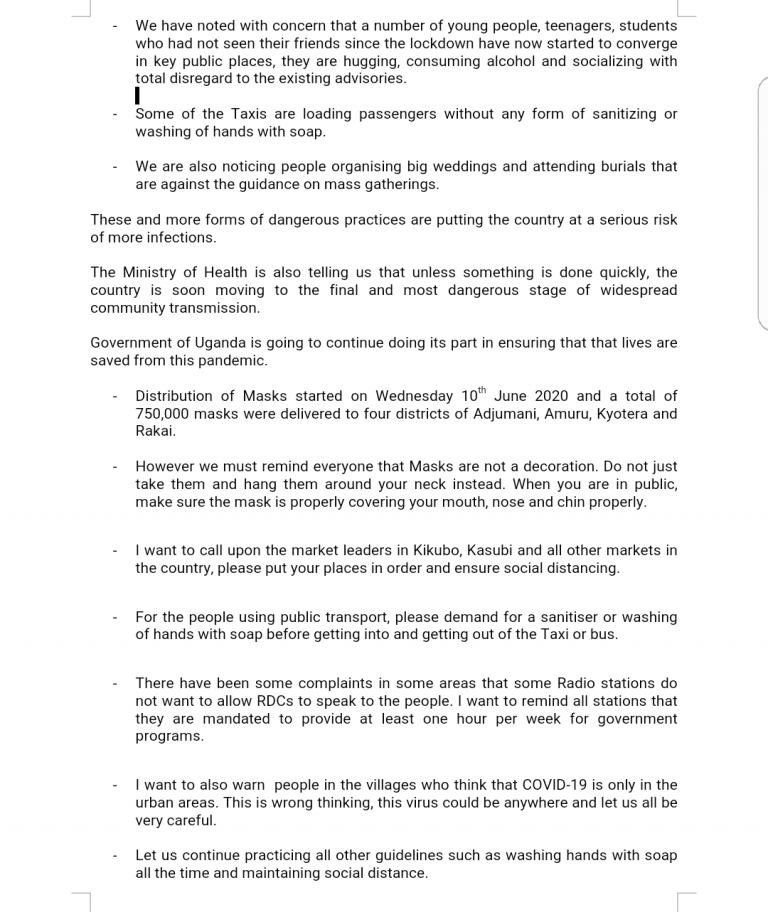 Government toughens on opposition and media, vows 2021 election will go ahead as planned by EC

Ministry of health hits back: Bad Black in particular consented to a recorded message