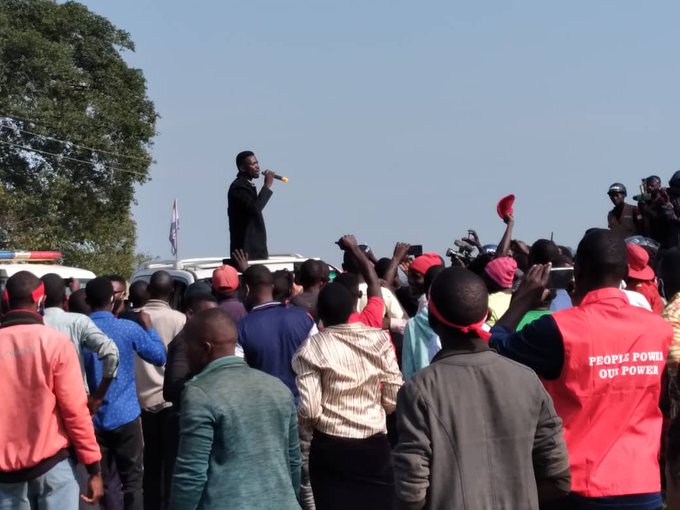 Bobi was last week arrested in Luuka and detained at Nalufenya Police post in Jinja for allegedly violating Covid-19 Electoral Commission guidelines. However he was arraigned before Court in Iganga district and after granted a non-cash bail of UGX 1 million. Now today he has started from where he had ended.

In the morning he spoke to his Supporters in Kyegegwa before proceeding to Kyenjojo district. In Kyenjojo, it is party after party as his ardent supporters are eagerly waiting for him. 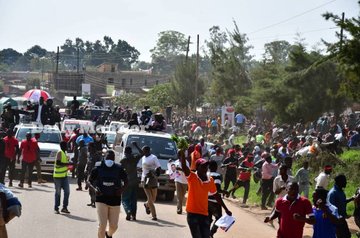 We have a video of one of his supporters showcasing never seen before motor-riding skills on a bike in the middle of the road amid ululations and cheers from the crowd.