Those who closely followed the late American Pop star, Micheal Jackson noticed that whenever he performed on stage, he used to put on a lighter pair of shoes. 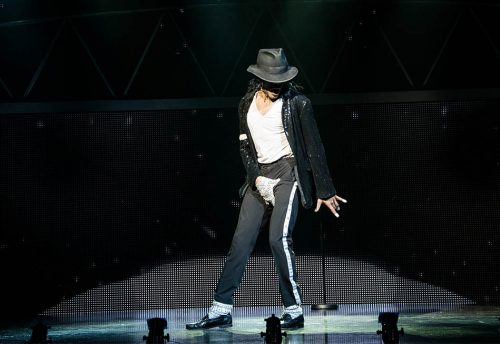 MJ apparently chose to wear such light steppers to enable him pull off his trademark moonwalk, slides and dance moves.

Being an icon and a trend setter he was, MJ influenced many entertainers world over! The likes of Usher Raymond, Chris Brown, Omarion, Ginuwine, Neyo and our very own Micheal Ross were all influenced by one man- MJ.

Even up to date his effect in entertainment industry is still felt that’s why NBS TV’s Douglas Lwanga, Zahara Totto and colleagues jumped on the same train yesterday.

However, Douglas in particular left viewers speaking in tongues when he opted for a heavy pair of shoes on the dance floor instead of a lighter sneakers. Apparently, the sole on the shoe he wore weighs to a tune of 10 Kilograms. According a section of viewers, this made it very hard for him to impress.

“…Lwanga naye amalamu amanyi. How can you put on such a heavy shoe. He should have done better! He is even struggling…”, Amos Creature took to twitter to express his disappointment.

“Douglas Lwanga has picked a wrong choice of shoes, MJ must be laughing at him too”, Crazy B*tch also commented.

Zahara Totto Speaks Out On Her Beef With Anatalia Oze, Promises To Report Back To Work

Prima And Skillful Muzzinyi Mr. Henrie Make Huge Statement As The Couple Warms Up For ‘Kukyaala’