Eddy Kenzo was earlier today on a Facebook live video expressing his concern and worry about People Power and its “god” Bobi Wine.

A screenshot of a comment by Navio has been circulating on social media but the rapper has denied knowing the knowledge of the comment. 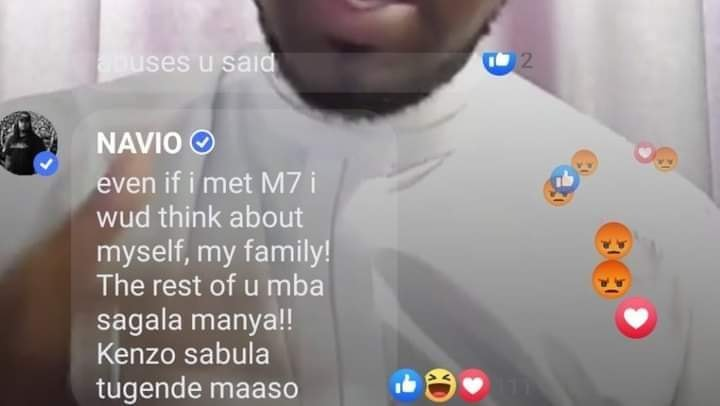 During an interview on Galaxy FM, Navio claimed that his page was hacked and he had no knowledge about the comment.

This controversy came days after a video of him rejecting Winnie Nwagi went viral on social media.