Liverpool Fc defender Andy Robertson has given a hilarious response about Lionel Messi’s possible move to the Premier League.

Messi has informed Fc Barcelona that he wants to leave the club this summer and the 33-year old is heavily linked with Manchester City.

Barcelona has made it clear that any club that wants to sign Messi during the ongoing transfer window will have to pay the release clause as the player still has a year left in his current contract.

Messi’s lawyers said the player has unilaterally cancelled his contract and did not show up at the team’s COVID-19 testing. He has been missing the training sessions as well. 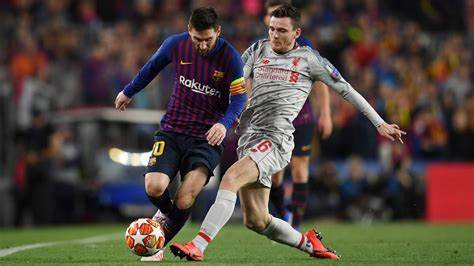 Messi’s father and agent, Jorge, arrived in Barcelona on Wednesday and met Bartomeu to resolve his son’s transfer situation.

The news could have made the Scotland national team’s captain Robertson happy, who does not want to join Manchester City.

The 26-year old left-back has also said that even if Messi moved to the Premier League, Liverpool will deal with his arrival as it will be a great opportunity for the team to play against someone like Messi in England.